Work continues to bring an exciting new children’s museum to downtown St. Cloud, MN and today the Great River Children’s Museum announced that another milestone had been reached with the hiring of Cassandra (Cassie) Miles as Executive Director. The Executive Director salary is funded in part with money from the Minnesota Humanities Center and the Arts and Cultural Heritage Fund that was created with the vote of the people of Minnesota on November 4, 2008.

It’s been four weeks since Cassie stepped into the Executive Director role and her new, temporary office at 111 7th Avenue South. The building, which was donated by Liberty Bank in September of 2018, is quiet now as COVID-19 has halted some of the community engagement work that launched earlier in the year. Regardless, Cassie is energized and ready to lead the project forward. “I am really excited to have a part in creating an imaginative space where families from around Central Minnesota can come to connect, play, explore and discover. There’s really nothing cooler than making a shared dream come to life and I get to work alongside a community that I love and a fantastic Board of Directors and volunteers to do just that! ”

While the community has quieted some over the last few months, Great River Children’s Museum continues to make progress on their plans to build a children’s museum that will serve the central Minnesota region. Before the initial stay-at-home order was issued, the museum’s board and volunteers had completed initial pre-design work with architects, launched Play Explore Learn Labs, began holding Roundtable discussions with various community groups, and had begun a quiet phase of fundraising. Now, although COVID-19 has caused a disruption, the Board of Directors continues to find ways to pivot where needed and tackle some of the many behind the scenes projects on their plate. For example, while the in-person Play Explore Learn Labs had to be put on hold, the Family Fun Club was born in its place to create activities that would allow families to engage with the museum outside and from their homes. Larger projects like creating detailed exhibit descriptions, meeting with design consultants, capping unused wells, taking soil samples and general preparations for a large remodel project all continued. As other organizations were working to find ways to reopen, the Great River Children’s Museum Board realized that delaying the hiring of an Executive Director would mean pushing a pause button on something that the community is looking forward to and that just didn’t feel like the right decision for the families that the museum will welcome through the doors in the future.

“We are excited to announce the arrival of our new Executive Director Cassie Miles,” said Board Chair Glen Palm.

“A full time Director will help us strategically focus our efforts so we can achieve the maximum benefit from all the work our volunteers are doing and move closer to our goal of opening the Great River Children’s Museum to serve Central Minnesota.”

Cassie herself was born and raised in Central Minnesota, just outside of Annandale. She went to the Carlson School of Management at the University of Minnesota, Twin Cities campus where she earned her BSB in Finance and BSB in Entrepreneurial Management. She brings her background in the financial sector and her love for locally owned establishments to her new role. She also brings her experience as a mother to an almost 2 year old son who inspires her and reminds her daily that children need safe imaginative spaces to thrive.

Walking into the space that is the future home of the Great River Children’s Museum has the feeling of something coming full circle for Cassie. “I grew up spending a lot of time at my uncle’s hobby farm and my career started at a bank in Chicago after college. I just think it’s fitting that I get to walk into a building that used to house a hatchery and a bank and make plans for the structure to evolve into something entirely different and wonderful.”
Hiring an Executive Director was just one big step in a series of big steps. The Great River Children’s Museum will continue the quiet phase of raising capital and talking to the community about their hopes and visions for the future museum. Everyone involved with the project knows that taking it day-by-day is necessary when there are a lot of unanswerable questions, but that doesn’t stop them from preparing for the future. “There is a lot going on in the world that we need to pay attention to and learn from each and every day,” Cassie commented. “It can be overwhelming, but it isn’t hard to push ahead with the children’s museum work. Economically, it is going to provide a boost to aid regional recovery from downturns caused by the pandemic. Socially and emotionally, it gives me and everyone else something to look forward to and a place where joy can be experienced and expressed. All we have to do is think about the many smiling faces that will walk through the door of the children’s museum that the community will build together. It’s going to be incredible.” 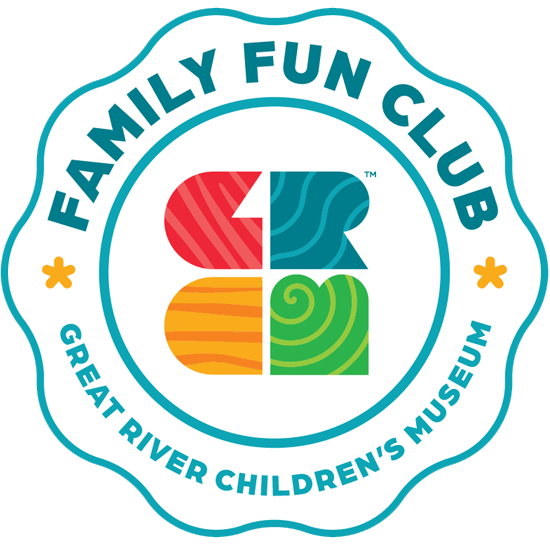 Here we go again! If you missed us last week at Millstream Arts Festival make sure to stop by and see us Monday, August 9 for another fun activity. While you're there, check out some of the local art and food too! ... See MoreSee Less

Turning cucumbers into pickles, but make it fun! Thank you to anyone who stopped by to see GRCM at the St. Cloud Area Farmers Market. Also, a huge thank you to Golden Bee Acres for graciously providing the cucumbers for our little food experiment! ... See MoreSee Less

Beads, blocks, books, and bugs. It can't get much better than that. We'd like to give a big thank you to Royalton Elementary for visiting our museum preview space! This group showed so much creativity, kindness, and energy. We hope you had as much fun as we did! ... See MoreSee Less

So many unique designs at Millstream Arts Festival last night! 👏 We were so happy to see that friends of all ages were joining in on the fun. Thanks to everyone who stopped by to make a tile coaster and share your creativity with us! Exhibits committee chair, Vince, was also there collecting some feedback on designs. Thank you to anyone who gave a moment of their time to chat with him. We had a great time and can’t wait for the next one! ... See MoreSee Less